As I mentioned in different articles and in the About page, this website is being built using a static site generator, namely nanoc. Every time I push changes to the code repo – be it configuration changes, new or updated articles, etc –, a new build is triggered on Netlify and the new version of the site is deployed. This is all well and good, except that on some occasions, it would be nice to be able to schedule new articles to come up on the site on a specific day, without having to manually push the content only then. In the last few days, I spent some time to see how this could be done and this post will look into the solution that I put in place using Google Cloud Platform (GCP).

Update the logic in nanoc when building the website

The first thing to do is to make sure that nanoc does not build articles that are scheduled to be published later. This way, we can commit the changes to git and push them to the repository, but the new article will be excluded from the build on Netlify.

This rule allowed me to exclude some articles that are still in draft from being processed and built into the site. In order to schedule articles, it is necessary to update the logic a bit so that we also look at the article created_at attribute: if it is in the future, we do not include it in the build. The updated rules are as follow:

Before diving into the details, and as with all projects, there are different ways of achieving the same things. I looked a bit around to see if other people faced the same issue and what their solutions were and there are actually quite a few options out there. Most of them are related to code being hosted on Github and using GitHub native tools though, so those were not necessarily an option for me since my own repository is hosted on Bitbucket. Bitbucket comes with Pipelines that allows automating CI/CD and maybe it could have been an option to look into but the truth is I wanted to get my hands dirty and try to create a Cloud Function in Ruby running on GCP. So here comes the overall architecture: 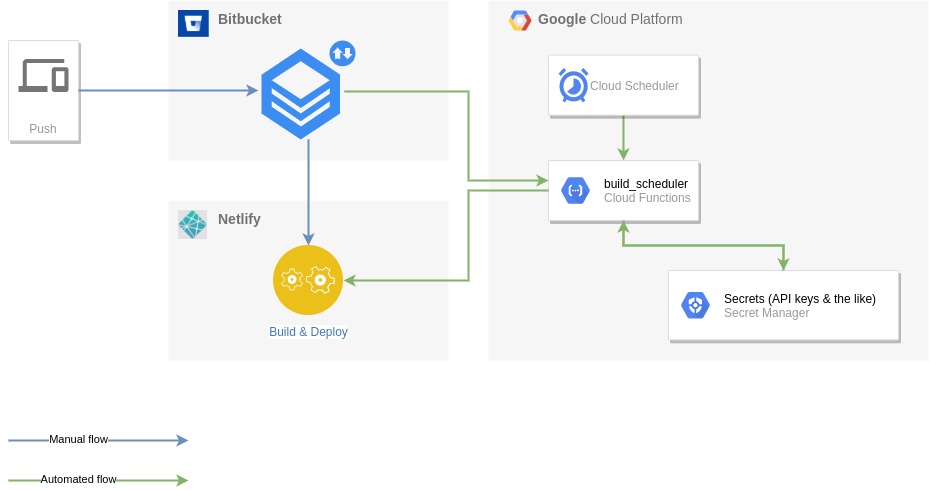 The basic idea is to use Cloud Scheduler to trigger a Cloud Function on a daily basis. This function will clone the code from the (private so far) Bitbucket repository, it will fetch the last date at which Netlify made a deployment of the site and it will assess if there are any articles that are due to be published. If this is the case, then the function will call a Build Hook from Netlify for the website so that a new build is triggered and the website gets updated. That’s it, pretty simple.

Since we are using GCP, the first step was to create a new project and enable the necessary APIs (Cloud Functions API, Secret Manager API and Cloud Build API). At this time, a number of steps have been executed manually on the GCP console. I believe that most of them could have been done through scripting, using the glcoud SDK but this will be an exercise for later.

Interacting with Bitbucket and Netlify means that there are a few secret variables that the function will need to connect to them. For this purpose, we use Google Secret Manager. Once again, the variables here were created from the GCP Console but this could have been done using the SDK or code. This is outside of the scope of this quick project. 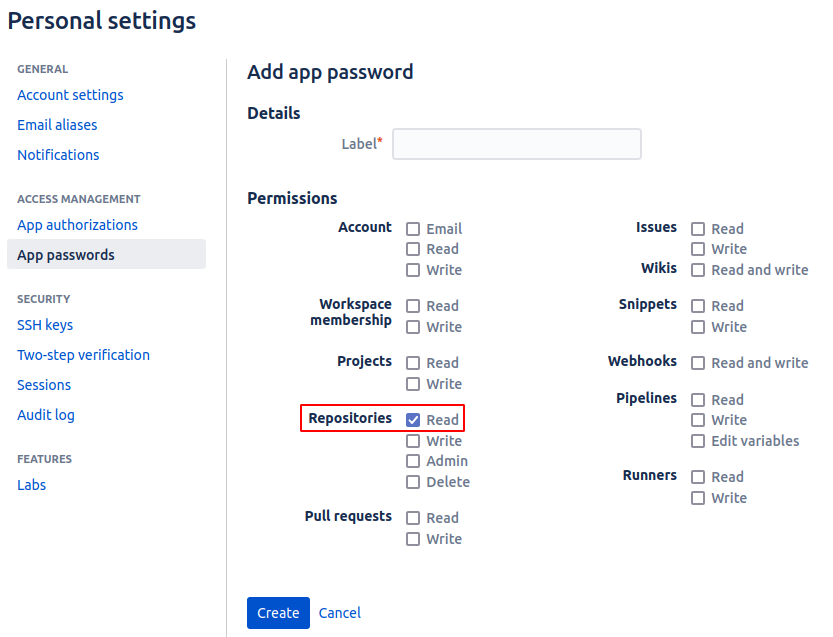 It is also possible to create a personal access token to connect to Netlify. This is all explained in their doc and can be done from the global settings > Applications. 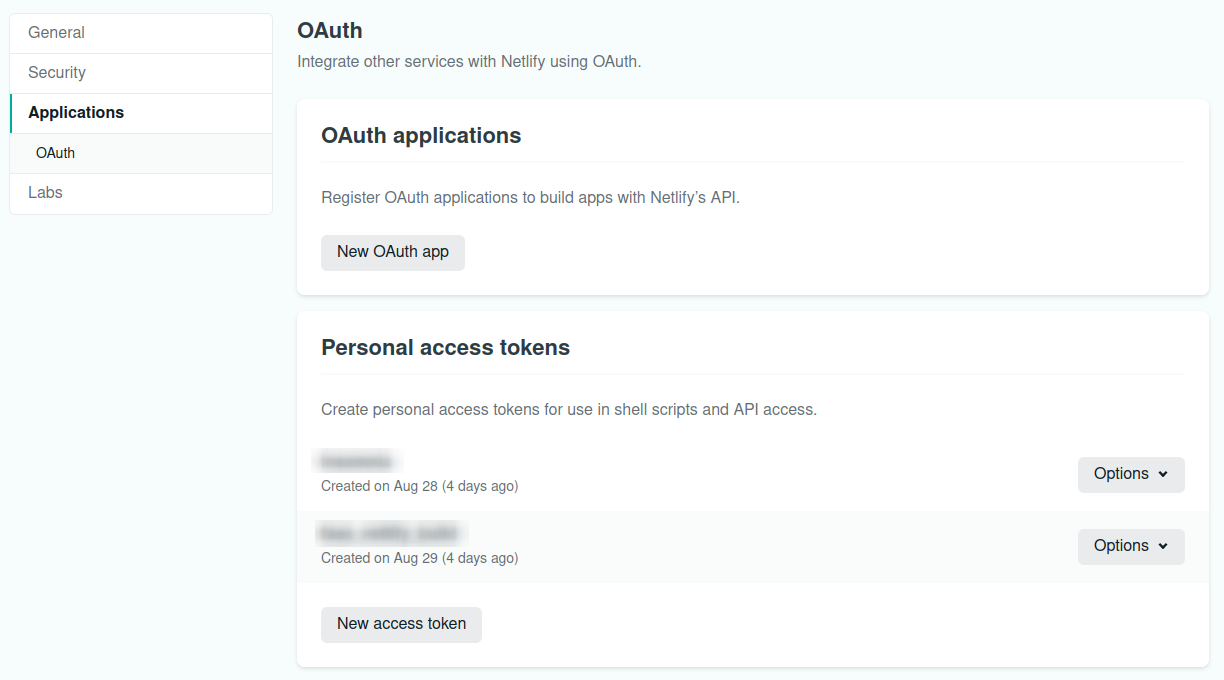 Fetch the site ID in Netlify

In order to get the list of deployments for a given site, we need the site ID from Netlify. This is accessible either through the API or from the UI, in the Site settings section.

Generate a build hook in Netlify

Finally, in order to generate a new build if needed, there are different possible approaches: one is of course to use the API (in the same way we fetch the deployment date) and another is to use a webhook. In this specific case, I went with the webhook since the netlify gem available does not include the build api calls.

Save secret in Secret Manager

Once all this data is gathered, it can be safely stored away in GCP Secret Manager.

Do make sure to grant the service account that will run the cloud function the rights to access secrets in Secret Manager. If using the default App Engine service account (not recommended for production as per Google’s guidelines), this is how it is done.

Once all this is in place, we can go ahead and code the logic. To keep things together, I created a simple class Reviewer that has the necessary logic to connect to those services and identify if a new build needs to be triggered. This class is in turn called by the Cloud Function. To consult the whole code, head to the public repo.

There are a couple of aspects to consider here:

GCP Cloud Functions comes with a framework allowing to test locally without having to deploy to GCP.

Do note that the script does need internet to run, even for local testing, since it gets the different credentials from Secret Manager, clones the git repo from Bitbucket and fetches deployment data from Netlify.

Once all is well, this can be deployed to GCP

As mentioned above, GCP is adding support for secrets so that they can be mounted as files or environment variables and therefore not require a full Secret Manager client. I tried to deploy using the beta version below but didn’t get it to work properly. The command is working when I include a single secret, but not with multiples.

Set up the scheduler

GCP offers Cloud Scheduler that allows to simply set up cron jobs. In this specific case, we can use the scheduler to trigger a http request to the function that we have just deployed.

Note that when we deployed the function in the previous section, we set the flag --allow_unauthenticated which means that the function can be triggered by anyone having the link. We did this to validate that everything works as expected once the function is deployed. This is however probably not needed long term since the scheduler is invoking the function from within GCP: this should allow us to include some authentication easily and restrict access to who can trigger the function.

Here are some things that come to mind in terms of improvements:

As we have seen, adding the possibility to schedule posts / articles is actually quite easy to put in place. I am conscious that my set-up is probably not the most common: nanoc is not the most used static-site generator, Bitbucket is not the most used git repository, and GCP doesn’t have the same footprint as AWS. All this is probably the reason why I had to deploy my own solution in the first place but hopefully it can help or inspire others having their own exotic set-up. One aspect that I didn’t mention is that this overall setup is probably going to run on the free tier offered by Google, meaning that we are adding this functionality for free. This is a nice bonus.

For the time being, comments are managed by Disqus, a third-party library. I will eventually replace it with another solution, but the timeline is unclear. Considering the amount of data being loaded, if you would like to view comments or post a comment, click on the button below. For more information about why you see this button, take a look at the following article.